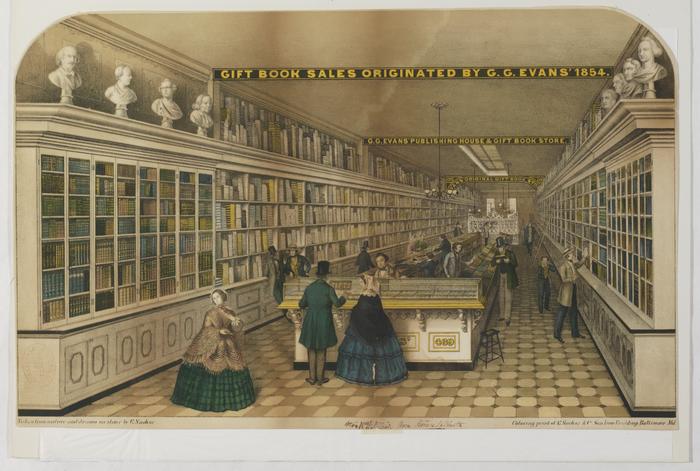 Throughout its history, the Philadelphia region has played a vital role in the history of printing, publishing, and bookselling. As more Americans were learning to read, especially during the nineteenth century, printing and publishing was a major industry. The Historical Society of Pennsylvania's collections reflect this history with rich documentation of notable publishing companies and booksellers. 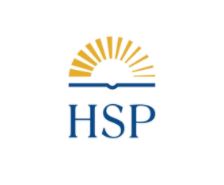 To learn more about the Society's holdings, search our online catalog for "Publishers", "Publishing", "Booksellers", and "Bookselling".

Collection contains a letterbook, 1796-1807 of Robert Bailey, a Philadelphia merchant and bookseller.

Billmeyer was a Philadelphia book dealer. Entries in this ledger include the names of customers and their towns of residence, items purchased, amounts paid, and dates paid.

The bookselling firm of Boinod & Gaillard was composed of Daniel Boinod and Alexander Gaillard, who came to Philadelphia from the Netherlands in 1783. The papers consist mainly of bills, receipts and other commercial paper for books bought and sold while in Leyden and later in Philadelphia. Also included are several bills for publication of their two short-lived newspapers in Philadelphia, the American Herald, published jointly with several other Philadelphia booksellers, and the Courier de l'Amerique, both 1784.

Matthew Carey was the president of the Booksellers' Company of Philadelphia. This volume contains attendance record to 1805 and minutes, which include discussions of the duty on imported books, paper manufacturing, and other printing concerns. The volume was continued with anonymous female's reports on her reading and lectures attended, [1838].

Miscellaneous papers of Samuel Campbell, early bookseller and printer, and John Campbell, astronomer, chiefly of personal, business, and legal content; a letter, 1793, of P. Garson relates to printing and publication of books, with details of subscription by George Washington, Alexander Hamilton, Henry Knox, and others to a new edition of the Bible; other papers include documents on land sales in Marietta, Ohio, and apprentice indentures, 1791-1793; poetry by William Riley, 1825; financial documents; a letter, 1865, that alludes to John Campbell's telescope.

Henry Charles Carey (1793-1879) was the eldest son of Irish social activist, publisher, and author Mathew Carey (1760-1839) and Bridget Flahaven Carey (1769-1829). Henry began working as an apprentice in his father’s bookshop at eight years old. In 1825 Carey replaced his father at the publishing firm which was then renamed Carey & Lea. After years working as a successful publisher and businessman Carey left Carey & Lea to focus more on his writing. Henry Charles Carey soon became one of America’s leading economic and political authors of the time. This collection consists of Carey's incoming letters as well as some copies of his outgoing letters. There are 390 letters total with 132 different correspondents represented. The letters are organized alphabetically by correspondent.

Letters, (1802-1808)-1826, from Mathew Carey, Philadelphia bookseller and publisher, mainly to John West, Boston bookseller, concerning exchanges of books. Included in the collection is a letter in Hebrew addressed to William Cobbett. With typed transcriptions. Chronologically arranged.

John W. Clark was a Philadelphia bookbinder. The collection consists of a daybook, 1837-1847, with some descriptions of services rendered.

Thomas Clark was a Philadelphia bookbinder and bookseller. The first volume contains a daybook, 1812, and a ledger, 1812-20, with entries for books and writing materials sold. The second volume is a ledger, 1840-49 and 1879-88, that includes a list of books for the Presbyterian Board of Publications.

William Cobbett emigrated to Philadelphia in 1792.  He taught English to French refugees.  He became very active in bookselling and publishing and eventually, as a pamphleteer, became a factor in American politics.  In 1796, he began The Censor, a monthly publication; it was replaced in 1797 by Porcupine's Gazette, which ran until 1799.  He was a Royalist who sided with the Federalist in American politics. Thic collection consists solely of typescripts of William Cobbett's correspondence, which were done by Haverford College professor and PHMB editor William Reitzel. They discuss primarily English, French, and American politics and his interests in the bookselling and publishing trade. Correspondents include: Charles Dickens, T.C. Hansard, Henry Hunt, James Mathieu, John Nichols, Daniel O'Connell, William Palmer, and Sir Charles Wolseley.

Cowperthwaite and Co. were Philadelphia school book publishers. The collection includes a sales book, 1890-92, and an inventory book, 1891-92.

Cyrus Hermann Kotzschmar Curtis papers, 1912-1938 (Collection 1251), 1 linear foot
Personal letters to and from Cyrus H.K. Curtis, Philadelphia publisher. Many relate to the affairs of the Curtis Publishing Company and to the Public Ledger.

Cyrus H. Curtis, a pioneer of modern magazine publishing in the United States, established the Curtis Publishing Company in 1891 in Philadelphia. It became one of the most influential publishing companies in the United States during the early 20th century, having published Ladies Home Journal, The Saturday Evening Post, Holiday, The American Home, Jack & Jill, and Country Gentleman. The collection contains financial documents that include annual reports, reports to the Board of Directors, information on annual meetings, ledgers, bills, deeds, contracts, assorted administrative papers, and images.

Charles Sessler’s Bookshop in Philadelphia specialized in rare books, autographs, prints, and paintings. When owner Charles Sessler died in 1925, responsibility for its operations was divided between J. Leonard Sessler and Mabel Zahn. Zahn was in charge of rare books, manuscripts, and prints, servicing many important collectors and institutions, such as Charles J. Rosenbloom, Richard Dietrich, the American Philosophical Society, the Free Library of Philadelphia, and the Delaware County Historical Society. After Zahn’s death in 1975, responsibilities were dispersed among Eleanor Thompson (Zahn’s secretary), Hayes Hibberd, and other department heads until the business was sold (around 1978).

The collection consists of correspondence and general business files, including inventories and appraisal notes of many collections, as well as personal and estate files of Charles and Caroline Sessler.

Born in Philadelphia to William Howard Gardiner (1851-1906) and Helena Lawrence Baird (1852-1906), Edward Carey Gardiner (1878-1945) worked most of his life in the family’s publishing house that descended from the one Mathew Carey founded in Philadelphia in 1785. When he retired from publishing, Edward briefly joined the army, traveled across the U.S. and abroad, and served on various boards of local social and cultural institutions. The collection consists of papers of the Baird, Carey, Gardiner,Lea, and Penington families, many of which were prominent in political, economic, and cultural affairs in Philadelphia. The collection is rich in personal and business correspondence, family papers and genealogical notes, and material printed by the Carey family publishing house. There are also land, legal, and financial papers; estate papers; photographs; passports; speeches and writings; and a few artifacts.

J. B. Lippincott Company was an American publishing house founded in Philadelphia, Pennsylvania, in 1836 by Joshua B. Lippincott. Joshua Lippincott's company began by selling Bibles and other religious works and then successfully expanded into trade books, which became the largest portion of the business. In 1849, Lippincott acquired Grigg, Elliot and Company, a major book distribution company. The acquisition helped make the company one of the largest publishers in the United States. In the 1950s the company expanded production of its successful line of medical and nursing books and journals.  The collection consists of business records documenting over 100 years of the company's history. The largest portion of the collection is comprised of a series of letterbooks containing outgoing correspondence related to all aspects of the publishing operation, from soliciting advertising for magazines to negotiating author contracts. Several dozen letterbooks contain incoming correspondence from Lippincott's London Agency.

In 1785, Mathew Carey (1760-1839) founded Mathew Carey & Company, one of Philadelphia's earliest publishing houses. The firm began printing a variety of works, but by the late 1830s, it specialized in scientific and medical publications.  After numerous name changes and taking on various partners throughout the course of the 1800s, the company became known as Lea & Febiger in the early 1900s. The Lea & Febiger records span almost two hundred years and document the history of the organization from its inception in 1785 to the early 1980s.  The collection consists primarily of correspondence and business volumes such as letterbooks, daybooks, journals, ledgers, cost books, and warehouse books.  There are also several records books that contain copies of the firm’s letters and agreements.

In 1785, Mathew Carey (1760-1839) founded Mathew Carey & Company, one of Philadelphia's earliest publishing houses. The firm began printing a variety of works, but by the late 1830s, it specialized in scientific and medical publications.  After numerous name changes and taking on various partners throughout the course of the 1800s, the company became known as Lea & Febiger in the early 1900s.
This is a collection of papers related to the Lea & Febiger publishing firm contains a wide array of material such as correspondence, author agreements and contracts, partnership agreements, registration and transfers of copyrights, and records pertaining to the publication of the History of All Nations and centenary editions of Gray's Anatomy.  There are also sales and distribution agreements, financial volumes, catalogues and brochures, publication lists, newspaper clippings, articles, photographs, and documentation of the company's history, including a photograph album of its 200th anniversary celebration.

This collection contains account books, 1816-1844, of McCarty and Davis, Philadelphia booksellers and printers, covering the period of the partnership: daybooks, ledgers, receipt books, bank books, and notes receivable. These volumes detail 30 years of operation and provide information about publications, transactions, and business practices. They provide rich documentation of Philadelphia booksellers during a time when that industry thrived. There are also a few small notebooks of Thomas Davis's family expenses, 1839-1851.

The Penington family, residents of Philadelphia from the early years of the Pennsylvania colony, played a role in the religious, civic, and mercantile activities of the region. Among the most successful of the Penington businessmen was Edward Penington (1766-1834), whose sugar business supplied some of the most prominent families in the Philadelphia area. In addition to his business savvy, Edward was known locally as an ardent bibliophile, compiling a personal library of over six thousand volumes. Edward passed his literary tastes along to his son, John (1799-1867), who became a highly regarded intellectual, antiquary, and bookseller in Philadelphia, specializing in rare and foreign volumes. John's son Edward joined his father's business, known thereafter as Penington & Son. John's daughter, Elizabeth Davis Penington, married Henry Carey Baird, an author, publisher, and grandson of Mathew Carey.

The Penington's papers are comprised of materials pertaining to the sugar business of Edward Penington and the Philadelphia bookshop of Edward's eldest son, John Penington. There are seventeen boxes of material pertaining to John Penington's shop include incoming correspondence and orders, bills, and receipts relating to the traffic in books as well as basic business expenses from 1833 to 1870. There is also one folder of incoming correspondence received by Henry C. Baird.

This collection is comprised of letters received by Lindsay and Blackiston, Philadelphia book dealers and publishers, relating to the sale of books; cancelled checks of Jud I. McGuigan, 1899-1900.

William Young was a Philadelphia bookseller and publisher who later established a paper mill at Rockland, New Castle, Del. The papers include Young's receipt book, 1819-1822, as treasurer of Philadelphia Society for the Promotion of National Industry. There are also miscellaneous deeds and other legal papers, 1745-1850, about his property, "Whitehall," on Spring Garden Street, and the Rockland estate. Other family papers are: receipt book, 1839-1846, of his son, William Wallace Young; newspaper extracts about his granddaughter Agnes Young McAllister and the 1819 Atlantic Ocean crossing of the steamship Savannah; memorabilia of a trip to Europe, 1841; family memoir, undated.

William Young was a Philadelphia bookseller and publisher who later established a paper mill at Rockland, New Castle, Delaware. This volume records payments he made in 1789-90, with the place and date of payment, name of recipient, and sometimes an explanation of goods or services purchased.